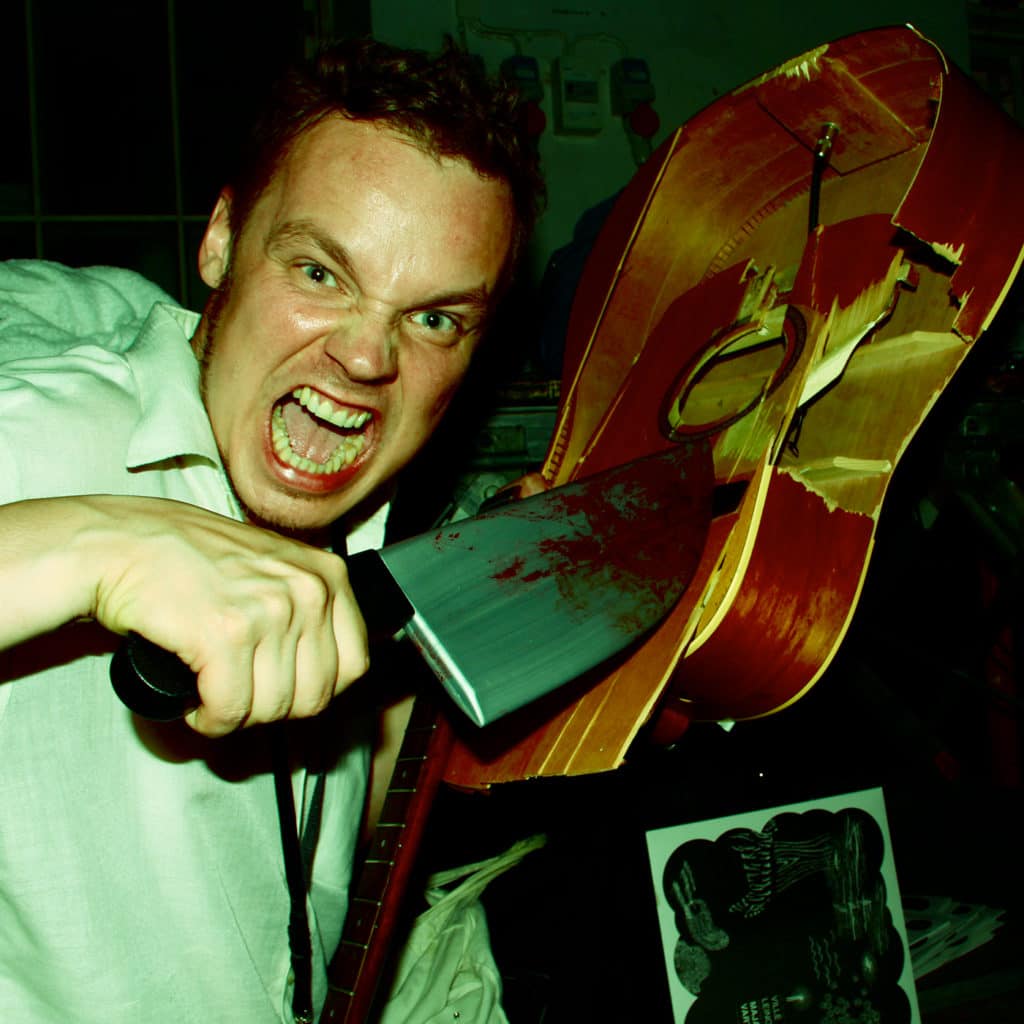 Acclaimed Finnish singer/songwriter and sonic sculptor Ville Leinonen, is to release his 13th album via Fonal Records. Last years Majakanvartijan uni began a new decade way ahead of its time. This long player goes beyond that time even, creating a whole new gang of Cenobites. Enter the fields of little new born insect babies facing the thrash metal warfare of your mind.

As with Raastinlauluja (Ville’s debut from 1997), there are soundscapes born of metal objects being scratched into life by all manner of electric devices, only now these are high fidelity and wide screen. Guitar feedback resonates from the moldy stone walls, having been cultivated during the 9 month recording process at Le Zen Tomb studio, Paris. The revolutionary Afghan theatre band L´Orch d´al-Fajr visited these recording sessions for a few strategic nights while having some free days on their European tour in February 2011, playing no small part (especially on the second half of the album).

Elsewhere, the Finnish pop singer Paula Vesala also makes an appearance, joining Leinonen to duet on Ensimmäistä kertaa (For The First Time). The organic poetry of nylon string guitar and heartfelt vocals (even more touching than on 2004’s Suudelmitar) will tear you wide open on the first side. But Auringonsäde/Pommisuoja is most definitely a tale of two halves…