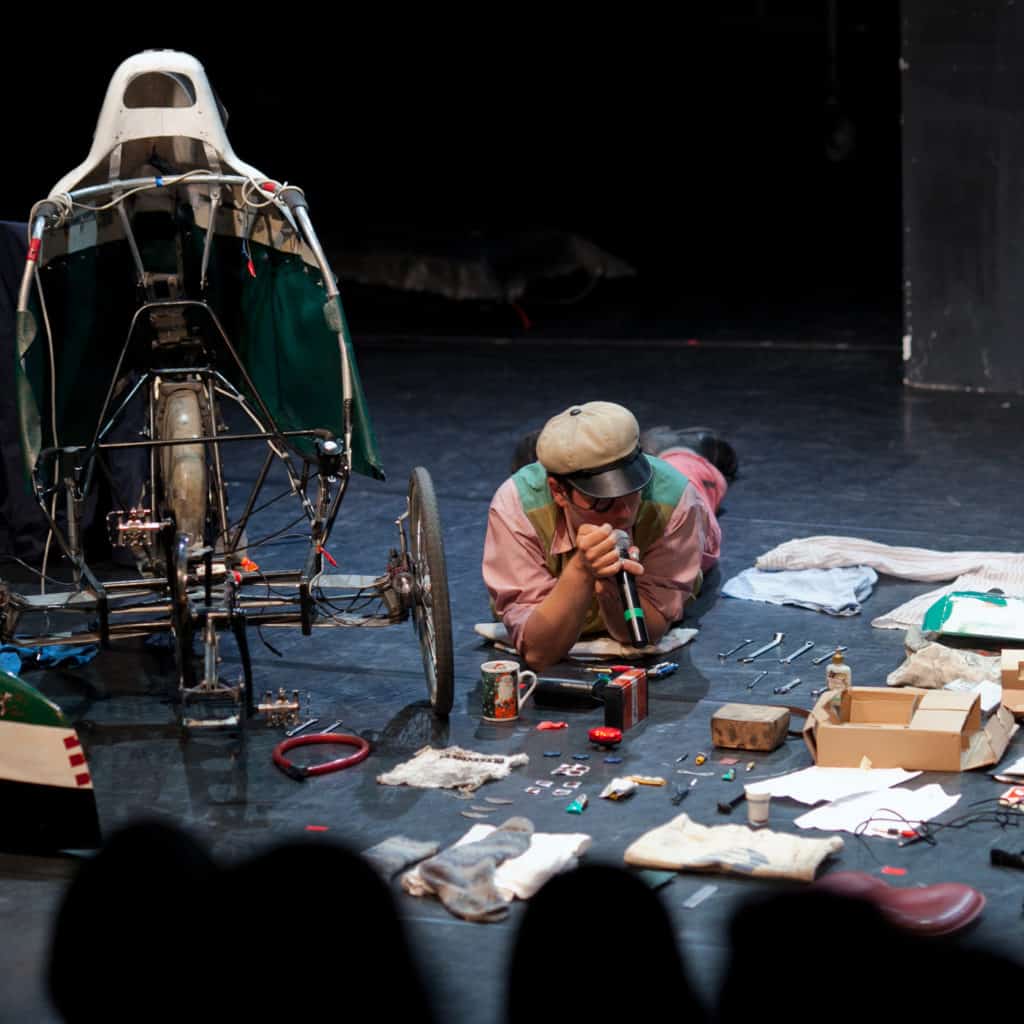 Goodiepal or Gæoudjiparl van den Dobbelsteen, whose real name is Parl Kristian Bjørn Vester, is a controversial Danish/Faroese musician/composer. The eccentric and self-made Goodiepal has influenced the course of modern music through radical excursions into computer technology and media art. Until recently he has been employed as a teacher at DIEM (Danish Institute for Electro-acoustic Music) at the Royal Academy of Music in Aarhus, Denmark. Goodiepal declared intellectual war against the stupidity in modern computer music and media art, which is to say against The Royal Academy of Music, when he quit the job in 2008. As per 2012 he lives somewhere in Europe and is married to the road.